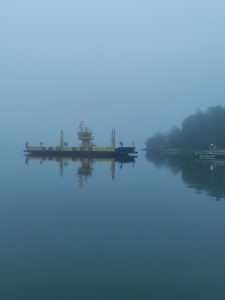 The area of ​​the municipality of Kustavi is 604 km², and the land area is 166 km². The length of the coastline is 908 km. The population at the beginning of 2020 was 953. Kustavi has been a migration-winning municipality for many years in a row.

You can get to know the municipality of Kustavi and the services it offers better at: kustavi.fi.

The first mention of Kustavi’s parish can be found in ecclesiastical connections – in the inventory of the archipelago churches compiled by Mikael Agricola in 1554, which mentions the Chapel of St. Johannes in Northern Vartsala. The Chapel of St. Jakob in Rahi, Kunnarainen was completed in 1675. One hundred years later, the logs and boards of the Chapel of St. Jakob were moved to Kivimaa when the chapel congregations merged. The church was rebuilt and consecrated on June 1, 1783, as the church of the parish of Kustavi. The consecrator named the church Gustaf, according to King Gustav III of Sweden, who had given permission for the building. Since then, there has been talk of Kustavi and people of Kustavi.

For centuries, the most important livelihood of Kustavi were shipping and fishing. By the early 1990s, the livelihoods of almost every family of Kustavi were tied to the sea. The ships were wooden sailing ships, the majority of which were hulls, yachts and dams. The fish was shipped all the way to Stockholm. Peasant sailing virtually ended in World War II as fish exports waned. The period of greatness of Kustavi’s merchant fleets dates back to the 1850s and the beginning of the 20th century. Large sailing ships carried cargo around the world, prospering local sailors. Stories from the era of sailing ships can be read, for example, in the works of Volter Kilpi.

The cessation of local shipping hastened plans to improve traffic conditions. The road network of the archipelago with its connections was developed in stages. In 1932, the first ferry connection was opened between Kustavi’s Rahiranta and Taivassalo’s Helsinginranta, which initially meant a barge towed by a motorboat. The ferry connection across the Kaitaistensalmi was opened in the 1940s, which made movement in the direction of Turku more flexible. In the summer of 1953, ferry traffic began on the administrative island of Kustavi from Kivimaa to Ströömi to Northern Vartsala.

Improved transport connections increased Kustavi’s popularity as a summer cottage municipality. While in 1950 there were only twenty summer homes, in the early 1980s there were two thousand. In 1982, the tenth longest bridge in Finland was completed in Kaitainen. Getting a bridge to the mainland accelerated Kustavi’s rise to become the most attractive tourist destination in the Turku archipelago, and service industries became even more important for people of Kustavi.

You can learn about the history of Kustavi through the following books: